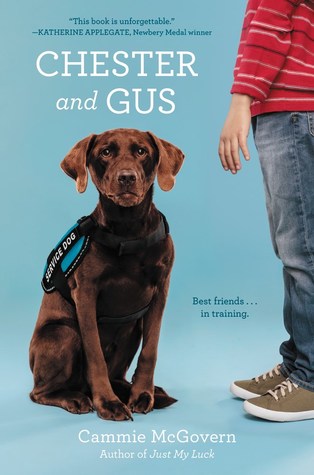 Chester has always wanted to become a service dog. When he fails his certification test, though, it seems like that dream might never come true—until a family adopts him to be a companion for their ten-year-old son, Gus, who has autism.

But Gus acts so differently than anyone Chester has ever met. He never wants to pet Chester, and sometimes he doesn’t even want him in the room. Chester’s not sure how to help Gus since this isn’t exactly the job he trained for—but he’s determined to figure it out and show he’s the right dog for the job. Because after all, Gus is now his person.